Really Cool on the Cuillin Ridge! 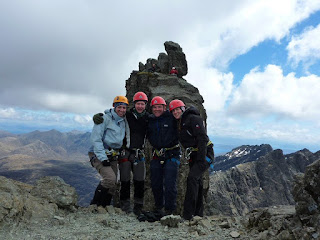 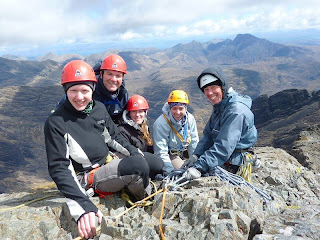 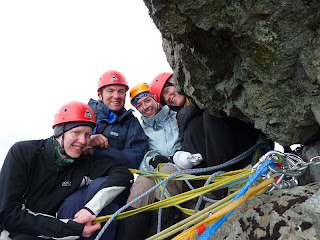 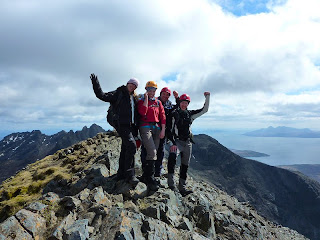 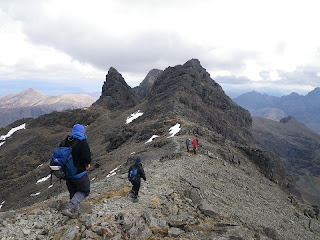 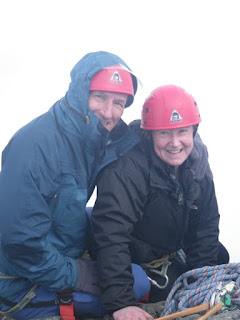 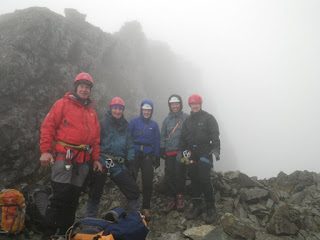 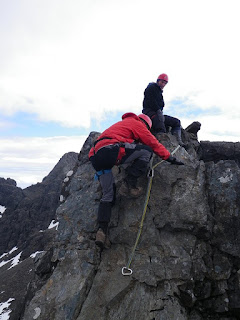 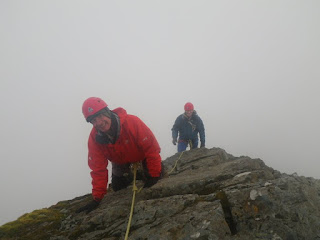 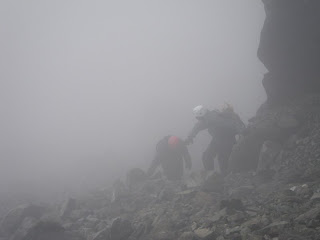 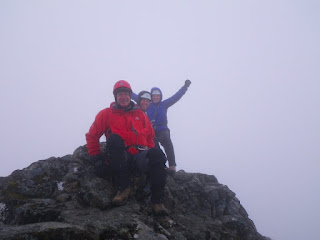 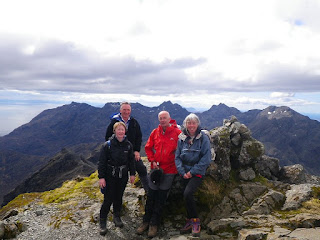 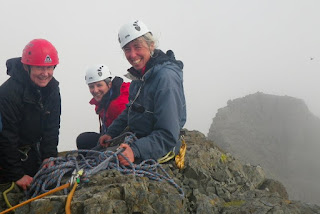 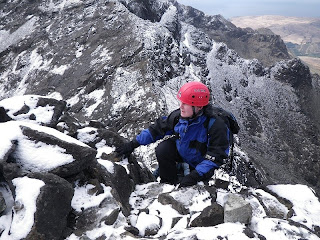 We're just back to a snowy Aviemore from ten days guiding on the Skye Cuillin Ridge Munros.

Between Fi and I we managed four guided (2:1 ratio) ascents of the In Pin and many of the trickier Munros while avoiding the worst of the cold windy weather.

The weather has being unseasonably cold since the start of May with fresh snow and good skiing still on offer in the east Highlands on Cairngorm.

Out west passing through Glen Sheil there was hardly any old snow left on the hills. However arriving on Skye there was fresh snow falling on the Cuillin Ridge.

Most of the snow melted back by Tuesday but the fresh snow and rimed rock ended a few ridge attempts on Monday and made some of the easier peaks treacherous.

We met one experienced ridge traverse team from Ireland who'd spend three and a half hours descending on iced slabs from their bivy cave a few hundred metres along the Sgurr a’ Ghreadaidh ridge to An Dorus to escape!

Fortunately there was less old snow in the corries and gullies than in the past avoiding the need for Jenny, Len, Scott and Karin to carry ice axes and crampons. We had all the winter kit just in case though!

A YouTube video of Jenny, Len and Scott climbing and abseiling off the Inn Pinn can be viewed here.


After the first Cuillin Ridge course finished we eventually (no mobile reception!) met up with Emma, Fiona, Alan and Craig for some more Munros including climbing the In Pinn.

The weather outlooks all looked dire with more snow, wind and and minus 4 on the summits. So we decided to climb the In Pin on Sunday rather than the original schedule for Monday or Tuesday. We made the right choice and had a great day. On Monday we awoke to fresh snow down to about 500 metres with more forecast for the next few days!

Later we drove back east to the fresh snow in Aviemore. Maybe some summer skiing and easy summer winter climbing!!!!

There are still a a few places available on our next Skye Rock Climbing and Cuillin Ridge course. The courses and private guiding on the In Pin start on the 31st May-4th June 2010.

To book a course or arrange guiding on the Skye Cuillin  Ridge see https://www.talisman-activities.co.uk/product-page/cuillin-ridge-munros
Posted by Talisman Mountaineering | Cairngorm Guides at Monday, May 10, 2010