Since arriving in Costa Blanca on Saturday the weather has been cool and a bit mixed until today. Between the showers on Sunday and Monday we still managed some cragging at our local Spanish crags in Echo Valley. The benefits of climbing at Moy back home certainly showed their results too!
Today the the skies remained blue and it was pleasantly warm in the November sun. We decided on some trad climbing in preparation for the bigger classic multi-pitch route on Puig Campana. 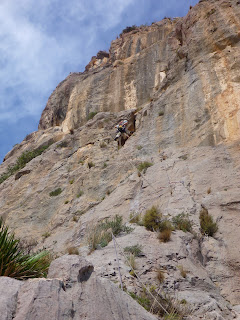 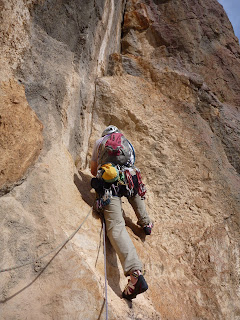 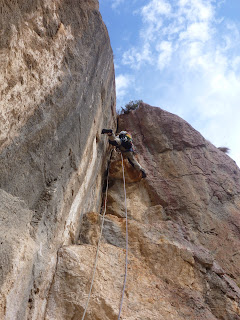 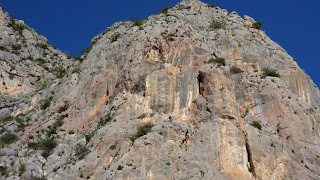 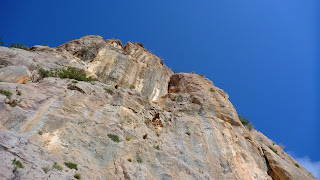 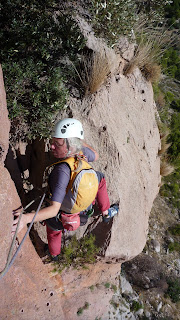 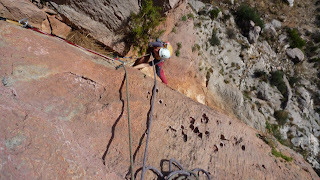 We've done a number of routes over the years on Echo 1 but not the un-starred Diamond Solitaire which turned out to be a little gem and worthy of several stars! 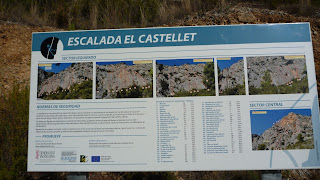 Since our visit to Echo Valley last November there have been new sign topos placed at parking spots. The main routes are shown though several with their local Spanish names as opposed to the RockFax ones! Also the main access road is being resurfaced and closed to non residents and a detour is required...
More pictures and info on Fi's blog at http://fionachappell.blogspot.com/2011/11/sunny-spain.html
Posted by Talisman Mountaineering | Cairngorm Guides at Tuesday, November 08, 2011